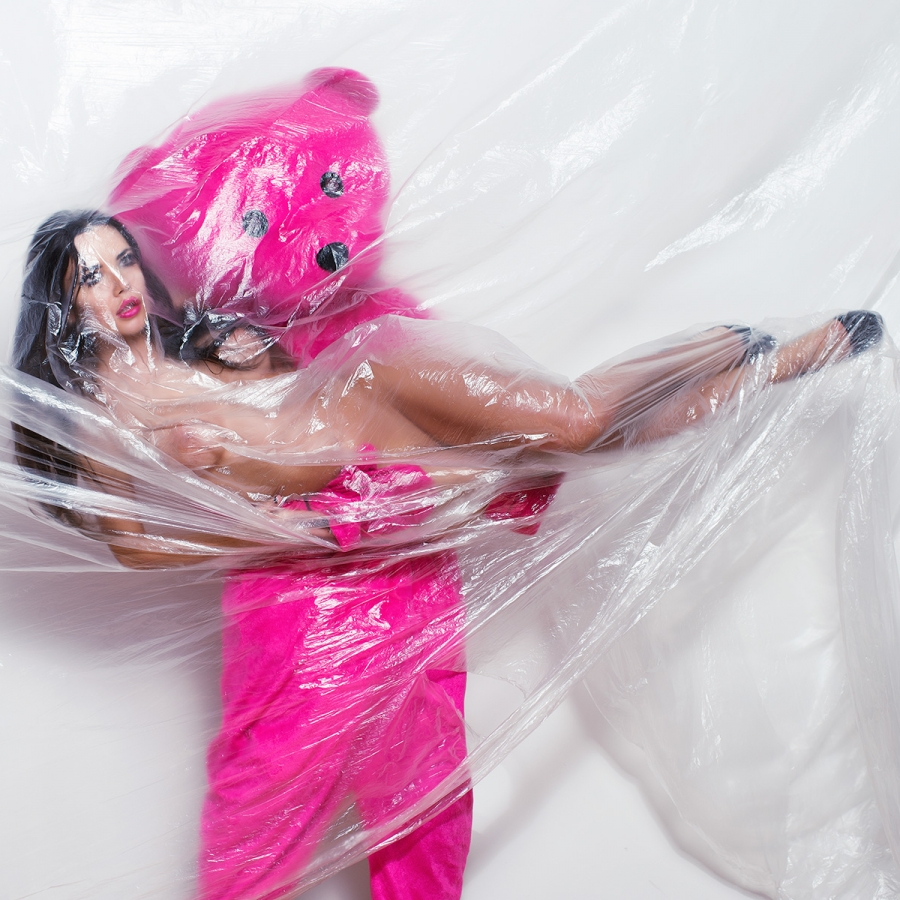 This is what they said...

Moxy Hotels, Marriott International’s experiential hotel brand, hosted an epic party inspired by the prolific nightlife culture in Berlin, showcasing the music, dance, art and sexual expression that are the lifeblood of the city, October 20, 2016. Moxy Berlin, located between the buzzing Mitte and the ceaselessly hip Friedrichshain districts, was the perfect playground for guests to leave their inhibitions at the door and explore the underground’s darkest desires through a corridor of hidden playrooms.

The Moxy Berlin opening party also celebrated artist-in-residence, the British artist Paul Robinson, aka LUAP, the chosen artist of the brand’s #BlankCanvas global initiative, which calls on international emerging artists to submit works for the chance to feature their art at new Moxy hotels.  Robinson created a light-box installation, featuring two large-scale photographs from his ‘The Pink Bear’ series, which are suspended from the ceiling in the hotel’s vibrant Living Room. ‘The Pink Bear’ series is best known for being featured in Cara Delevingne’s #Art4Animals campaign. LUAP was on-hand to direct his provocative live installation during the party.  Moxy Berlin’s partygoers were able to engage with LUAP’s creation as ‘The Pink Bear’ came to life with his doll-like companion through transformational performances.

“Berlin has a unique character and culture and we wanted to celebrate that with the launch of Moxy Berlin.” said Osama Hirzalla, Marriott International’s Vice President, Brand Marketing and ecommerce for Europe. “Working with local talent from dance, music, performance art and fashion helped us create an unforgettable event– marking Moxy’s arrival in Berlin with a bang!”

The epic event launched the brand’s cheeky global Moxy programming– activities that encourage the next generation todo all the fun stuff they would never think of doing back home, in a stylish and vibrant setting.

“Moxy Hotels bring out the local flavor and energy of the cities they are in through the bold programming that speaks to the creativity of each location,” said Vicki Poulos Global Brand Director. “A good time at Moxy NOLA will be different to a good time at Moxy New York. No two events will ever be the same at a Moxy, just like no two hotels will ever look exactly alike.  Our Fun Hunters have a deep desire to make room for spontaneity and live life unscheduled even on travel.”

A Moxy Hotel is a 24/7 spot for all things fun and impromptu. Moxy’s NOW + WOW communal spaces, including its Living Rooms, game rooms and bar, come alive with a thoughtfully-crafted assemblage of spontaneous and organic happenings designed to cater to travelers and locals who like to hang-out with their friends and meet new ones, without breaking the bank. Moxy is premium in every way but price– its affordability is not a sacrifice of style, nor a loss of comfort.

“Our high-energy Living Rooms and bars are thoughtfully designed to create environments that get friends new and old to have some fun in creative and playful ways,” said Toni Stoeckl, Vice President Marriott International’s Lifestyle Hotels. “Fun-hunters create the action; our living rooms are essentially their playground.”