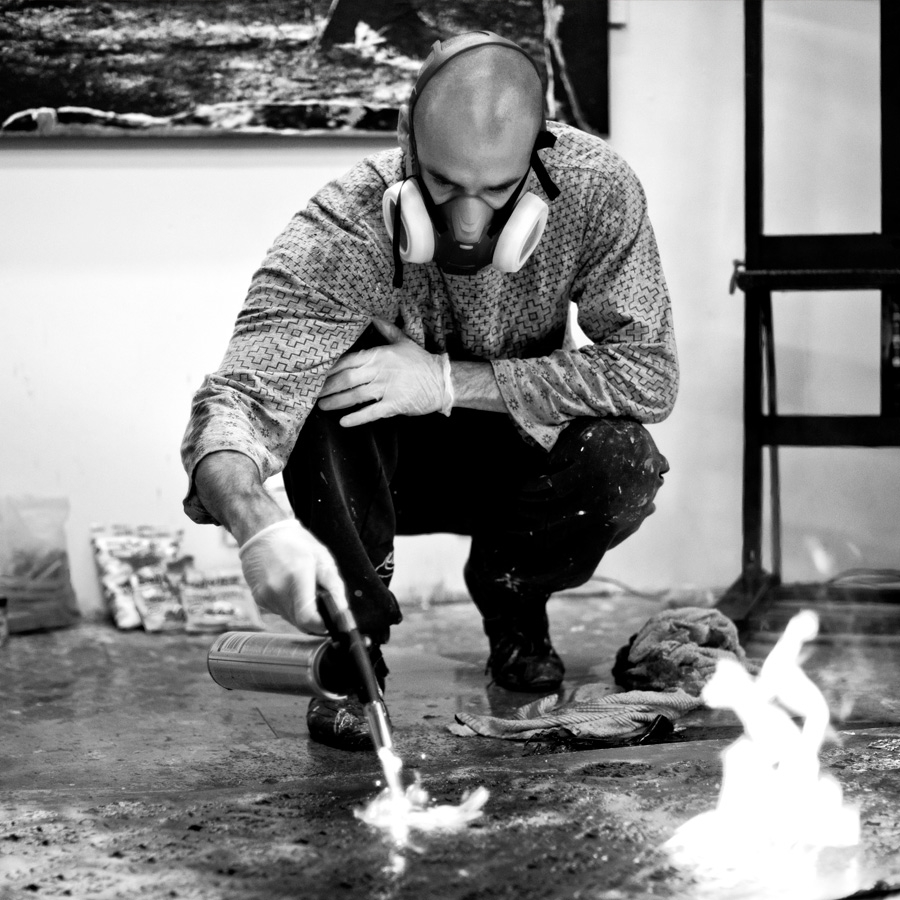 A skilled fine artist who dynamically fuses painting and photography, Paul Robinson aka LUAP, born in Grimsby in 1982, is fast gaining critical recognition and a celebrity following for his exciting work.

Working across various mediums his work hints at abstract expressionism infused with the explosive energy and bold colour of Pop and Urban Art. Exploring existential subjects within a contemporary feel his work stands alone in its composition and provoking content and subject matter.

"The complexity of Robinson’s imagery and overlaying of pattern has been informed by the work of Robert Rauschenberg. Robinson paints a world, which joins Christopher Wool’s fabric paintings with a 1970’s Peter Phillips pop landscape. These images are reminiscence of dream sequences from 1960’s films; a drug trip depicted in solarisation photography where the image recorded is wholly or partially reversed in tone.” Martin Maloney

His most iconic series depicts a pink teddy bear come-to-life and placed in the real world acting as a metaphor for discovery and exploration. The costumed figure – a striking motif in his work – exists between reality and make-believe, youthful innocence and corruption, leading a lifestyle that looks simultaneously enviable and questionable.