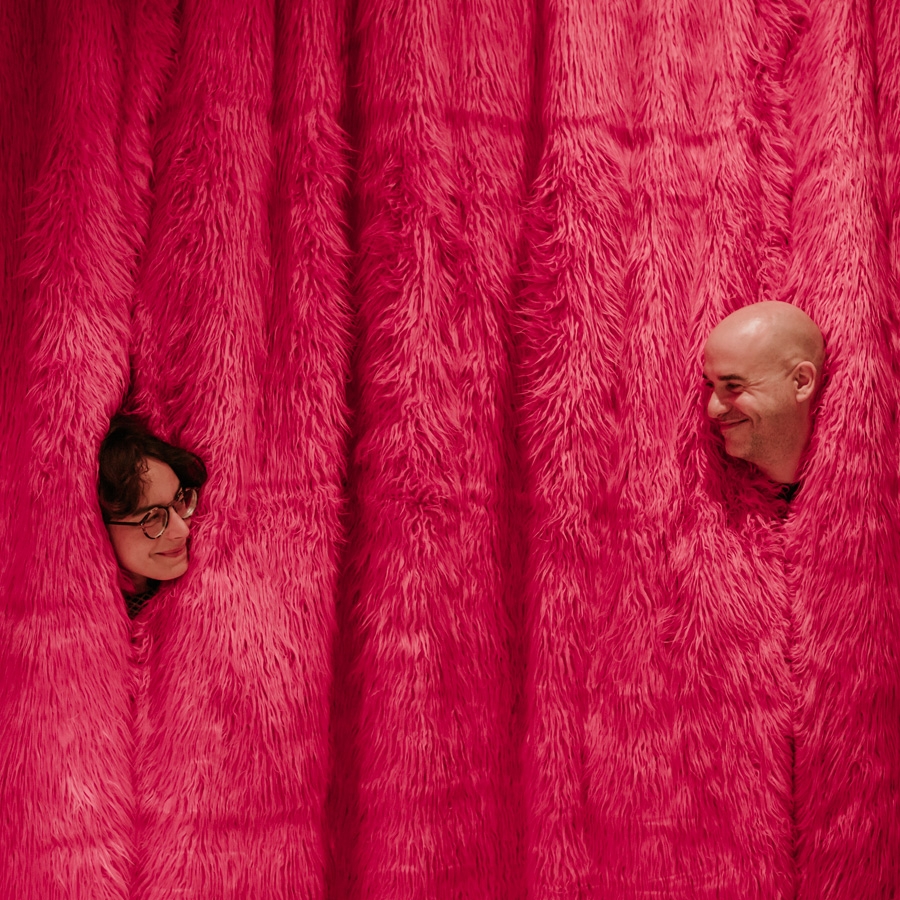 A Solo Exhibition By LUAP

“Life is beautiful but fragile and fast - flowers remind me of this. So we should try to live each moment to the fullest - like being in full bloom.” LUAP

Paul Robinson, known professionally as LUAP, presents his largest solo show to date in an expansive three floor 6000 sqft space on New Bond Street kindly provided by Great Portland Estates, developing their partnership which began with the successful window displays. The exhibition, curated by MC Llamas, will include a large variety of works which deepen LUAP’s investigation into mental health, well-being and connection embodied by his now iconic Pink Bear character. The artworks will span photography, painting, installation, sound, and film, offering a complex and multifaceted exploration of experiences of mental illness, recovery, and joyful discovery.

Each floor of the exhibition will investigate a different facet of LUAP’s work. The first floor presents an overwhelming sensory experience in the form of a large-scale pink-fur installation with over 150m of fabric. This initial section sets the emotionally immersive tone for the rest of the exhibition. LUAP plans to donate the pink fur, used to make the installation, to an appropriate charitable organisation to prevent waste. The basement offers a selection of new and unseen paintings exploring the relationship between nature and mental wellbeing.

The images use reflections and stunning natural locations to present a journey through life’s adventures and misfortunes. The upper level uses audio-visual technology including slide shows, sound and video to add a sense of liveness into the exploration of the figure of the bear, alongside prints and photography.

Resident DJ of the Groucho Club in Soho and founder member of Sound Women (an organisation to support and promote the careers of women working in radio) Sarah HB will a provide deep, melancholy, minimal soundtrack throughout to further the full-body sensory experience of the show. Bespoke pink bear inspired canapes and cocktails, made with pink King of Soho Gin, will be provided by art led restaurant group, the Daisy Green Collection - a committed supporter of LUAP, they currently display his works in their anchor locations in Soho and Paddington.

“Sometimes we can feel mentally lost, like we are climbing through a wild jungle in our mind. This sensation can feel overwhelming and disorientating, but we must remind ourselves that jungles give us oxygen and nutrients allowing us to live, breathe and develop - nature and nurture. By changing our perspective on how we cope with the inner jungle of our thoughts and memories, rather than fighting it, we dissolve our fear of being lost and instead learn to thrive and grow.” LUAP

The focus of this exhibition, The Pink Bear, marks LUAP’s most significant series. The work depicts a pink teddy bear come-to-life and placed in the real world acting as a metaphor for discovery and exploration. The costumed figure – a striking motif – exists between reality and make-believe, youthful innocence, and corruption, leading a lifestyle that looks simultaneously enviable and questionable. Traveling globally, often to extreme environments and scaling mountains or crossing deserts to make images is an essential element of the work. LUAP discovered this integral facet of his practice while on a charity hike – he realised that hiking, travelling and being in nature acted as an un-conscious form of therapy and offered him an opportunity for refection.

Moving on from this, he began to intentionally hike, travel, and adventure in the outdoors with the pink bear costume in tow as a deliberate therapeutic exercise. Many of the pink bear artworks are born from these trips – in this way LUAP can be described as an ‘adventure artist’. He often uses the images, made during these trips, to form large scale, layered paintings which each take months to complete.

LUAP discovered the bear character during Cognitive-Behavioural-therapy, it emerged as a memory and became a symbol of positive reinforcement and recovery. For LUAP, the bear “wasn’t hiding in a corner and running away from things, it was really about just standing out and being strong. They were all qualities I wanted to draw on to improve myself. It was all about self-improvement”. As the bear series developed, other figures began to appear with him.

Latterly, LUAP has attended events as the bear and invited connection and friendship with the people he meets.  He comments on this journey, “The bear was kind of seeking friendship, but he was lost” in the early years, “Then as I grew and became more confident, it was like the bear was almost mirroring my personality. It was like an alter ego. As I started to hang out with more people it made sense for the bear to do so as well”.

Curator, MC Llamas comments, “Luap's work has an incredible depth of spirit. It has been great working with him and engaging with the symbolism of his work. The iconic Pink Bear is such a strong symbol for self-reflection, at the same time conveying a sense of happiness and loneliness. With this show our aim was to conceptualise this strong image, and turn it into a multi-sensory experience, which will enable the viewer to experience the image as well as looking at it.”