Pink Bear at the Moxy Hotel in Berlin - Uber Cool! 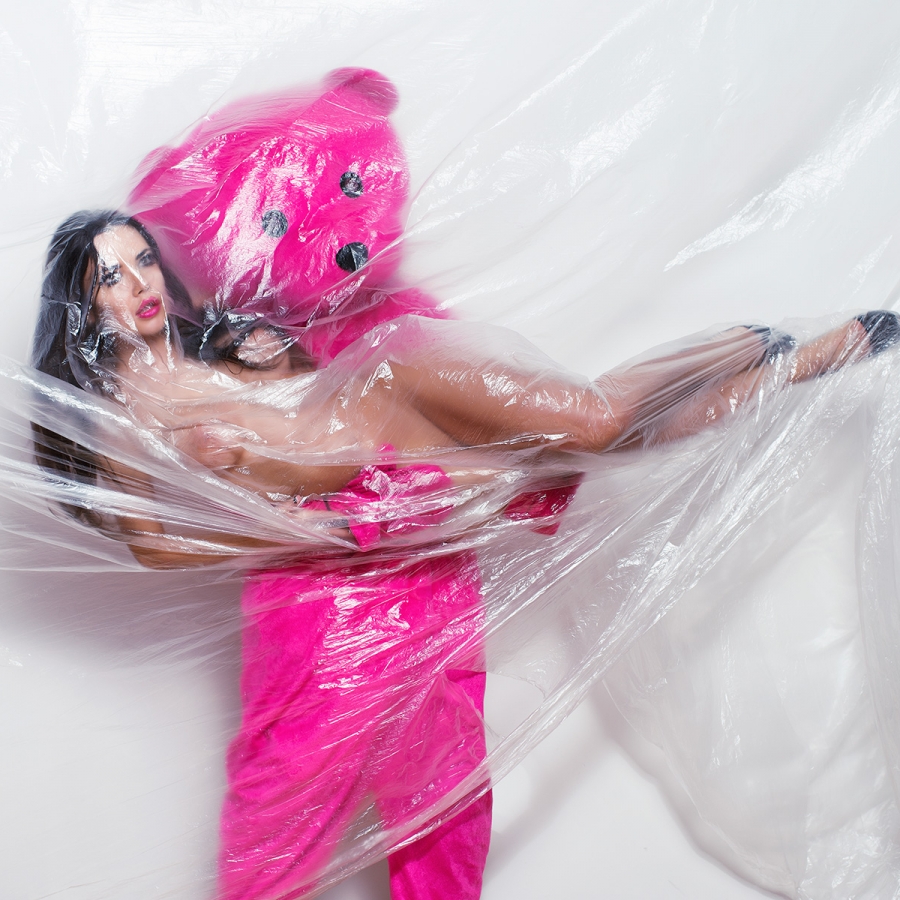 I recently submitted a proposal through Talent House to create a Pink Bear artwork for the new Moxy Ostbahnhof Hotel as part of their brand launch. My proposal was accepted and is now hanging pride of place in their lobby.

My initial proposal was a huge mural of 'I Dream Of Clones'. Moxy loved the piece and the proposal, but wanted to know if I could deliver something that could hang from the ceiling instead.

Never one to shy away from a challenge I racked my brain. Having recently visited the Jeff Koons exhibition at the New Port Street Gallery, Koons light boxes displaying advertising were fresh in my mind. The idea started to bubble away in my mind and the new light box piece actually suits the work better. The doll and bear was about the power of advertising and how it can even shape our physical form. I proposed a huge double sided light box.

The second part of the project was a live performance of the Pink Bear for their opening party. The theme was "Berlin Underground". I came up with the concept of a 5 minute performance which began with The Pink Bear and the Barbie being in human sized packaging. 15 guests were allowed to enter the room at a time, then the door was closed shut. Images of the night and the performance can be seen below.

It was such a great party and evening and I am very greatful to have been invited to be part of it. Everyone who made it happen should be super proud of themselves.

I think The Pink Bear stole the show, but maybe I am biased! :O)

Barbie and The Pink Bear start the performance in human sized product packaging.

The Bear escapes the box and heads over to the bed.

Barbie is not happy that Pink Bear left her. She leaves the packing and finds some chains.

The voyeurs look on and take photos as the bear is chained up by Barbie.

Barbie leads Pink Bear to a cage and shuts the door. She then flirts with guests looking on, teasing Pink Bear as he is held captive.

Pink Bear is trapped and can only watch. Barbie then orders everyone to leave the room so that she can be alone with Ted.

Later on the pair leave the room.

Make up was by the talented Sarah Hubbauer

Barbie applies Pink Bear tattoos to some of the more adventurous guest at The Moxy Hotel.

The event at the Moxy