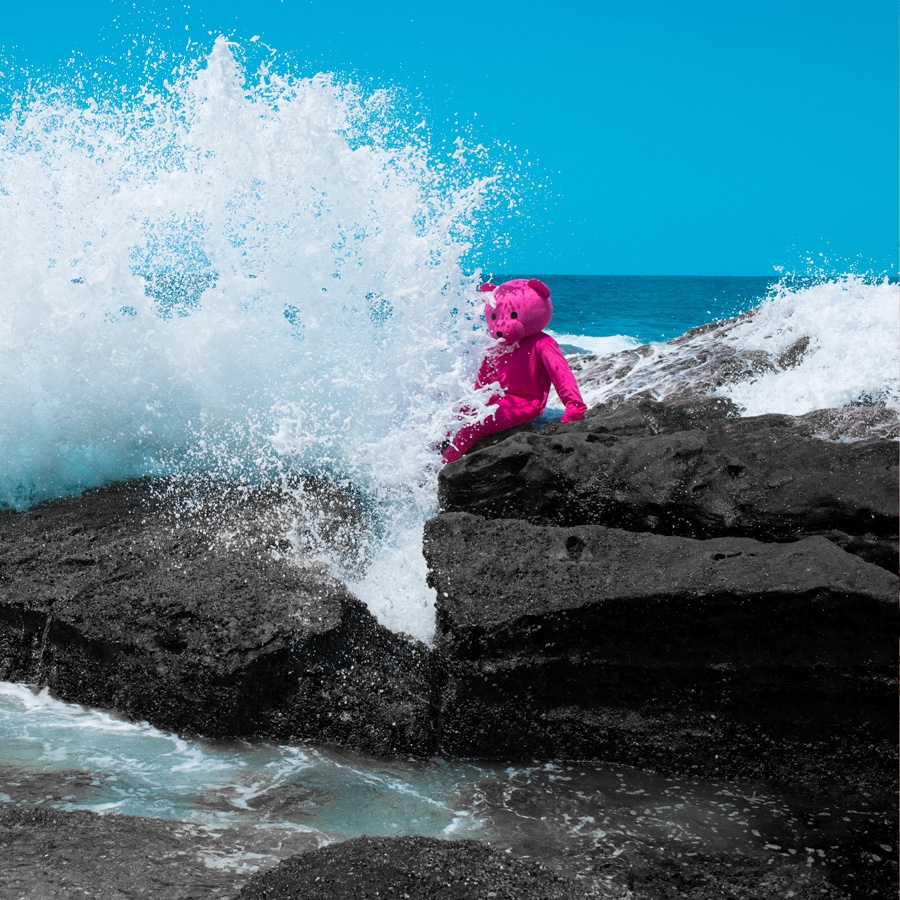 72 hours in Australia sounds like a bonkers idea, but that’s what I ended up doing earlier this year.

In the first week of 2018 I received a flattering email from Prue Freeman, one of the founders of ‘The Daisy Green Collection’, an Australian inspired group of restaurants in central London. Prue wanted to discuss the possibility of a Pink Bear commission for their new flagship restaurant they were opening in the heart of SoHo.

I was excited to read in her email that they had over 4000 square feet of space to play with at their new venue and I would have the freedom to incorporate some significant pieces of scale as part of the commission. I love creating large scale works, so this really excited me. My attention then peaked when Prue name dropped a few artists she had worked with in the past, Sir Peter Blake happened to be on the list.

A few emails bounced around, then the following week we met up to discuss the project further over some yummy food at their Victoria branch. We shared a few ideas around the table, pulling inspiration from my recent trip to South America, talking about palm trees, beaches, pools of water and other images I may already have which fitted with the Australian theme. At the end of the evening I left feeling positive about the commission and loved the vibe of Prue and Tom (the second founder of Daisy Green).

A week later we all met up again, this time at the site of their new branch on Noel Street in Soho. I was given a tour of the 2 floored building site to get a sense of the scale and the possible locations for my work to hang.

The third time we met I sold in the idea of going to Australia to do a new Pink Bear shoot in Sydney and Bondi. However, it wasn’t your usual 3 week trip in Australia after a 24 hour flight I’d sold in…it was 72 hours in Australia doing photoshoots around the clock…then back to London. It really was a whirlwind tour of Sydney with The Pink Bear, I landed at 6am and had the first location shoot at 8am. Every day I was up for sunrise and would shoot till just after sunset. It was really was a challenge to capture so many locations in such a short amount of time. By the end of the 3 days I was so grateful to be sleeping on the upper deck on a fully flat bed as I’d had no time for jet lag whilst I was there.

The trip was super intense but I produced some great work which I am really proud of. Please check it out below, or better yet pop into Scarlett Green in Soho London and have a look.

Up for sunrise at 5am in Bondi

The Pink Bear enjoying a break on the beach